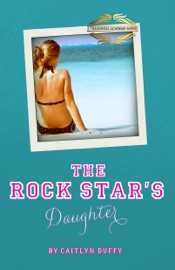 At the age of 15, Taylor Beauforte has only met her father twice in person. After all, he is the lead singer of a world-famous rock band, constantly on the cover of music magazines and giving interviews on MTV. He pays for Taylor to attend the Treadwell Academy, a prestigious boarding school in Massachusetts, and provides her mother with monthly checks to cover her basic needs, but has never made much of an effort to play an active part in Taylor’s life. Taylor's mom Dawn is the only family she has ever really known, and because of Dawn's hard-partying Hollywood lifestyle, studious Taylor is happiest on the other side of the country in Massachusetts with her nose buried in a book.
When Taylor 's mom unexpectedly dies the summer before Taylor starts her junior year, she receives a crash course in fame. She has no choice but to join her father and his new family on their summer concert tour before she has even had a chance to mourn the loss of her mother. Life as the daughter of a rock star seems like it would be enviable, but Taylor can't figure her dad out. He seems like a supportive authority figure (even if he's kind of a fashion tragedy) , but she is collecting a growing pile of evidence that he's a liar and a cheat. Her stepmother, Jill, can’t seem to decide if she wants to treat Taylor like a girlfriend or a nuisance. Having had no time to grieve and say goodbye to her childhood before being thrust into the limelight, Taylor is suddenly finding herself in situations she could have never imagined before this summer.
With no one else to turn to, Taylor falls head over heels in love with Jake, the teenage son of one of the band's touring groupies. Taylor has growing concerns about Jake's background and the suspicious relationship between his mom and her own father, but is desperate for something real in her life onto which she can build a future. When Jake offers Taylor an opportunity to join him on a whirlwind adventure and leave her problems with her father far behind, Taylor has to decide – should she carve out her own way in the world, or try to repair the relationship she has with her only living parent?
Over the course of the summer with the band, Taylor learns the depths of her own strength, the difficulty of overcoming loss, and that the definition of family means much more than shared bloodlines.